New Delhi [India], January 25 (ANI): Farmers on Monday began gathering at Gazipur border between Delhi-Uttar Pradesh for the proposed Kisan Tractor Rally on the eve of Republic Day.
Tractors from Punjab, Haryana, and Rajasthan have also reached on Tikri border between Delhi-Haryana as the farmers sit in for protest for nearly two months.
The move comes as Delhi Police formally granted permission for the rally on January 26, assigning them routes for the same.
Expressing dismay at the routes assigned for the rally, Sukhwinder Singh Sabhra of Kisan Mazdoor Sangharsh Committee told ANI, “We feel that the kind of permission granted to us for tractor rally is not right. We wanted to go to the old Ring Road but we were given conditional permission and assigned the portion that comes largely under Haryana.” 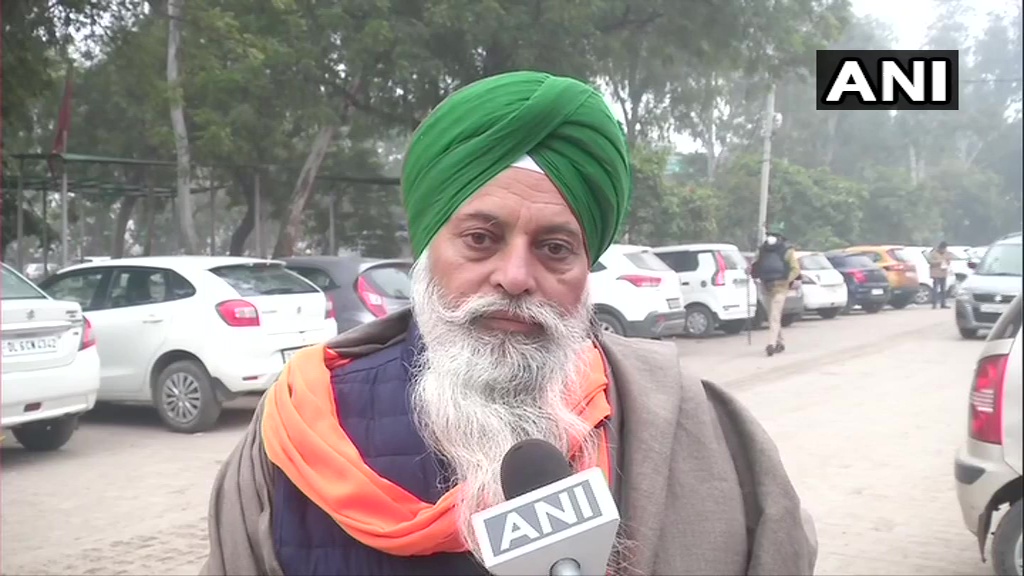 “All we’re saying we just want to go to Ring Road. We’ll have a meeting with the police today over this. Routes will be decided after that,” the farmer leader further added.
Farmers had proposed to hold the Republic Day tractor rally on Delhi’s Outer Ring Road. However, three routes other than the proposed one were allotted for the rally from three border points of Delhi, informed Special Commissioner of Police (CP), Intelligence in Delhi Police, Dependra Pathak on Sunday.
“The tractor rally will enter Delhi from Tikri, Singhu, and Ghazipur borders and return to its originating points. From Singhu, it will pass through Kanjhawala, Bawana, Auchandi border, KMP Expressway, and then return to Singhu,” Pathak told reporters at a press conference.
Farmers from all across the country are marching towards Delhi to take part in the scheduled rally.
Meanwhile, farmers from across various districts of Maharashtra gathered at Mumbai’s Azad Maidan on Monday to protest against the Central Government’s three contentious farm laws.

“We will submit a memorandum to the Governor today. Our families have also come with us because if we lose farming, the entire family will be rendered homeless”, a protester told ANI this morning.
The eleventh round of talks between farmers and the government was held on Friday.
The talks of farmer unions and the government have seemingly broken down after the former insisted on their demand for the repeal of three new farm laws and the latter asked them to reconsider its offer to put these laws on hold for about 18 months.
Farmers have been protesting on the different borders of the national capital since November 26 against the three newly enacted farm laws – Farmers’ Produce Trade and Commerce (Promotion and Facilitation) Act, 2020; the Farmers Empowerment and Protection) Agreement on Price Assurance and farm Services Act 2020 and the Essential Commodities (Amendment) Act, 2020. (ANI)